Just When You Thought You Were Safe

Hiring can be a grueling business, especially when you are looking for higher level or more skilled employees.  You review resumes.  You call references.  You Google applicants.  You conduct endless interviews. 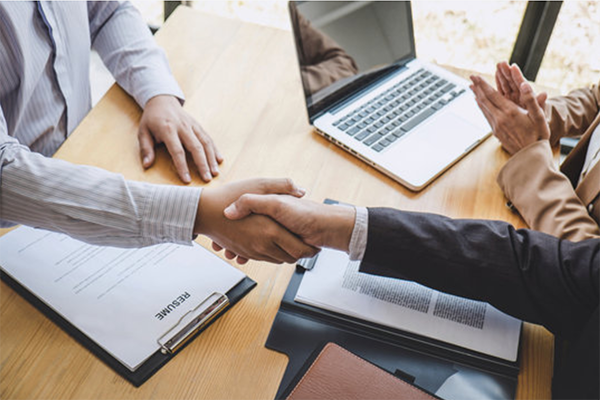 Finally, you find just the right person.  Time to relax.  In the interests of space, throw away the resumes of those you didn’t hire. Get rid of your interview notes.  What do you need them for?

Just when you thought plaintiff’s lawyers could not come up with any more creative ways to lighten your wallet, along comes a particularly imaginative one who claims that you discriminated against one of the applicants you did not hire and he wants money.  Have to make a buck somehow. If the job doesn’t work out, sue the company that didn’t hire you.  Nice work if you can get it.

This actually happened to MV Transportation.  It was looking for a staff lawyer to handle labor matters and a 56 year old, very experienced labor lawyer applied for the job.  He was not even interviewed.  The job went to a 40 year old lawyer whose labor law experience was a bit thin but whose experience in employment litigation was impressive and she came with a very high recommendation from a friend of the general counsel, who made the decision.  The older lawyer sued, claiming he had been the victim of age discrimination.

The case went to judgment in the trial court and up through the court of appeal.  In order to prevail, the applicant had to show that he was part of a protected class (he was); that he was qualified for the position and that he did not get the job because of discrimination.  Had he been able to do so, the burden would have shifted to the company to prove it had no discriminatory motive.

In the end, things came out for the best for MV.  But it was not easy and it cannot have been cheap.

The applicant also argued that the company gave him varying and inconsistent explanations for why he did not get the job, but the court of appeal decided that those were merely failures of recollection.

The applicant’s strongest argument, though, was that the company had suspiciously destroyed the applications, resumes and notes surrounding the employee search. That not only raised the presumption that it was hiding something, but it was a violation of a California law that requires that employers retain all such materials for two years.  The court of appeal found that the destruction of records was done with a ‘culpable state of mind’; that the records might have revealed information relevant to the applicant’s case and that the company had an obligation to keep the records in accordance with California law.  The court of appeal severely criticized the company for having destroyed the records and suggested that in closer cases, the decision could hinge on this factor.

Fortunately for MV Transportation, the court found that all of that was insufficient to upset the trial court’s decision.

MV dodged a bullet, but it was a close call and there is lesson value in this case for employers.

Keep the employment applications and resumes.  Not only is it the law, it will help to show that the hiring decision was not tainted by discriminatory motive.  In addition, it will assist witnesses in recalling what they were thinking when the decisions were being made.  Years later, when such claims come to trial, the decision makers will not remember the dozens of resumes they reviewed, the interviews they conducted or their reasons for preferring the one hired over the ones who were not.  But the records will help refresh their recollection so they can testify credibly and effectively. In addition, of course, by the time of trial, the decision maker might, well, himself have moved on.  Without the records, defending then becomes nearly impossible.

It is equally important to keep notes of interviews and impressions of application or resume review.  The company can establish through those notes that a fair process was undertaken that had, as its intent, to get the best possible hire and not to discriminate against those who were not.  You will need that ammunition if a claim is made.

Finally, if you feel you must talk to unsuccessful applicants, you will be able to look at your records and see why the decision was made and will not give inconsistent answers for not hiring him.  On the other hand, you have no obligation to explain yourself and you would be better off simply telling a disgruntled applicant that explaining the decision to hire would violate the hiree’s right to privacy and that you must decline, for that reason, to do so.  Saying nothing is a better policy.

With all of the hungry plaintiff’s lawyers out there, companies have to operate defensively and that means documenting hiring decisions thoroughly and keeping the documentation.  Advance planning will minimize exposure to claims.  It is hard enough to generate revenues these days without having to expend thousands on defending lawsuits from those you don’t hire.

A company’s best defense against employee claims is a statement of firm and clearly articulated standards and rules.  Most businesspeople know that a good part of customer relations is the management of expectations.  The same is true of employee relations.  That is why it is critical that companies prepare, distribute and regularly update employee handbooks.  They are your best defense against employee claims. 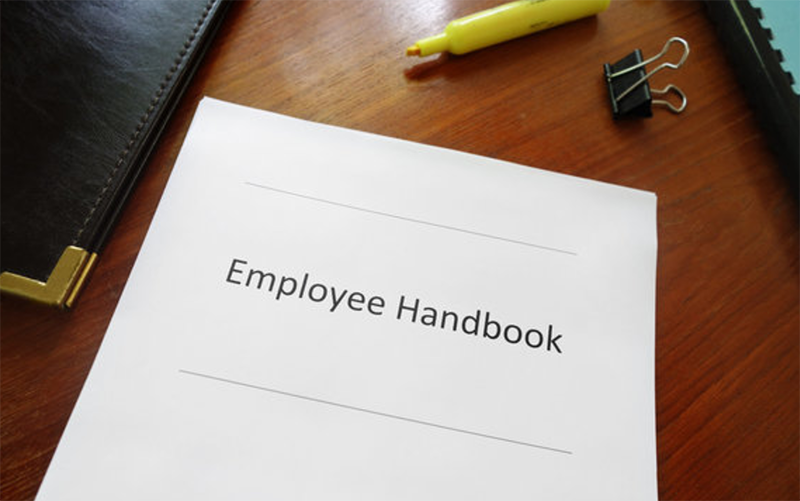 California is an â€œat willâ€ employment state which means that companies can terminate an employee’s employment for no reason.  Why, then, do we read of wrongful terminations lawsuits that end up in large judgments?Â  They arise, generally, because the company has not managed the employee’s expectations and has not taken the time emphasize the employee’s at will status. Such lawsuits can be maintained if the company has, by word and deed, led the employee to believe his employment is permanent and that he could rely on having a continuing, and long, career with the company.  (They can also arise when the employee is the beneficiary of an employment contract, but such contracts are typically extended only to top executives, so we need not address them here.)

Employee handbooks have been found by courts to be contracts between employer and employee and, as such, should spell out all of the terms of employment, such as vacation schedules and accruals, employee duties and rights, employee use of company equipment, hours, benefits and a host of rules that set forth the expectations on both sides.  It should specifically state that it is a contract and emphasize that employment is â€œat willâ€. The existence of a handbook will be very important if your company is ever the target of a claim by an employee.
END_OF_DOCUMENT_TOKEN_TO_BE_REPLACED