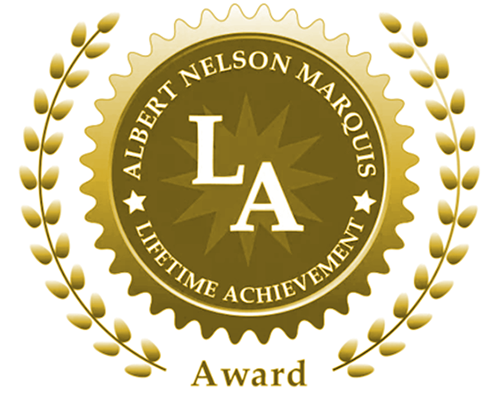 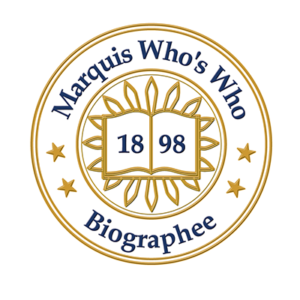 Mr. Howard has been endorsed by Marquis Who’s Who as a leader in the field of corporate, business and constitutional litigation

SAN DIEGO, CA, August 18, 2020, Marquis Who’s Who, the world’s premier publisher of biographical profiles, is proud to present John Wayne Howard with the Albert Nelson Marquis Lifetime Achievement Award. An accomplished listee, Mr. Howard celebrates many years’ experience in his professional network, and has been noted for achievements, leadership qualities, and the credentials and successes he has accrued in his field. As in all Marquis Who’s Who biographical volumes, individuals profiled are selected on the basis of current reference value. Factors such as position, noteworthy accomplishments, visibility, and prominence in a field are all taken into account during the selection process.

Mr. Howard, of JW Howard Attorneys Ltd. in San Diego, first entered private practice in 1979. Hailing from an extensive background in corporate transactional and litigation expertise, he has successfully handled some of the most complex business disputes for clients engaging in numerous jury trials through verdict. Utilizing a wealth of personal experience, including extensive knowledge as a former inside and outside counsel for many significant corporations in the past, Mr. Howard and his team of talented corporate litigators boast an unparalleled record for winning. Additionally, they are known for drastically reducing the risk of claims and litigation.

Mr. Howard is also a nationally recognized expert in Constitutional law and history and has parlayed that expertise in litigation in defense of freedom of speech, the press and expression under the First Amendment of the Constitution and in state/federal relations under the Tenth Amendment. He is the only attorney to have undertaken challenges to federal control of public lands in the west having represented the State of Utah and counties in Nevada, New Mexico and Utah in active litigation on this issue.

During his prominent career, Mr. Howard notably worked as the general counsel for Ace Parking Inc. and Congregate Care Centers of America, Inc. and excelled as the president of the Individual Rights Foundation Inc. Since 1995, he has likewise earned distinction as the president of the Institute for Constitutional Rights Inc. Some of Mr. Howard’s other noteworthy roles have included serving as an administrative law judge for the City of Los Angeles and chairing the Indigent Defense Advisory Board for the County of San Diego, which is significant because in that capacity he was responsible for leading the Board of Supervisors to establish the San Diego County Public Defenders’ Office, the first in the County’s history. He also served as a judicial arbitrator for the Superior Court of California from 1983 through 2000.

Recognized for his work on behalf of the state of Utah, Mr. Howard has served as a special advisor to the Attorney General, remains involved in constitutional work and advises the Utah Legislature on constitutional issues, as well as federalism and state issues. In recent years, together with a team including his colleague Constitutional Scholar Ronald Rotunda, he prepared a comprehensive, 150-page report that provided a survey of the history of public lands in North America from 1579 when Sir Humphrey Gilbert claimed the continent for the Crown of England, through 1976 and the constitutional law informing the ownership and management of public lands from 1796 to the present for the state’s Legislature.

As an active part of the community for many years, Mr. Howard has likewise provided his expertise on various committees serving as a chairman of the Public Arts Advisory Board for the City of San Diego and such committees as the San Diego County Fourth District Advisory Committee, the American Cancer Society’s public education committee and the California Motion Picture Council’s legal affairs subcommittee as its chairperson. He has also been active in various roles and as a member of the boards of the Bowery Theatre in San Diego, the Patrick Henry Memorial Foundation, the La Jolla Stage Company, Muscular Dystrophy Association, Cystic Fibrosis Foundation, Multiple Sclerosis Foundation and, among other organizations, has continued to serve on the board of directors of the San Diego Theatre Foundation since 1984 as a founding member.

Mr. Howard pursued an education at the University of California San Diego, where he received a Bachelor of Arts in philosophy in 1971. He later attained a Doctor of Jurisprudence at California Western School of Law in 1976, followed by postgraduate coursework at San Diego Inn of Court and Hastings College of Law at the University of California. Further, he completed the program of instructions for lawyers at Harvard University Law School. Mr. Howard has been admitted to practice law by the California and Colorado Bar Associations, the U.S. District Court of the Southern, Eastern and Northern Districts of California, the U.S. Supreme Court of the United States, the U.S. District Court, the U.S. Court of Appeals for the Ninth and D.C. Circuits and the U.S. Court of Federal Claims.

To remain aware of developments affecting the field, Mr. Howard has maintained his professional affiliation with a number of pertinent organizations, including the American Bar Association, the California State Bar Association, the American Corporate Counsel Association and the Consumer Attorneys Association of Los Angeles. He is also a former two-time chairperson of the Superior Court Committee of the San Diego County Bar Association. Recognized for his stellar law career, Mr. Howard is an AV-Rated Attorney through Martindale Hubbell. A celebrated Marquis listee, he has been included in over 20 editions of Who in American Law, Who’s Who in the West and Who’s Who in the World.

Since 1899, when A. N. Marquis printed the First Edition of Who’s Who in AmericaÂ®, Marquis Who’s WhoÂ® has chronicled the lives of the most accomplished individuals and innovators from every significant field of endeavor, including politics, business, medicine, law, education, art, religion and entertainment. Today, Who’s Who in AmericaÂ® remains an essential biographical source for thousands of researchers, journalists, librarians and executive search firms around the world. MarquisÂ® publications may be visited at the official Marquis Who’s WhoÂ® website at www.marquiswhoswho.com.