Recent Developments in the Law

In a series of recent cases, California and federal courts have weakened the presumption in favor of arbitration. As we noted in an accompanying article, arbitration has, for some years, been favored by courts and agreements to arbitrate strictly enforced. Many companies, following what we consider to be bad legal advice, have insisted on arbitration clauses in their various contracts on the mistaken idea that arbitration is quicker and cheaper than litigation. Companies have also often favored arbitration for the unstated reason that they believe arbitrators will favor companies they believe may send them more business and people with less influence will have less success before them, thus providing corporations a leg up in any dispute.

California and federal courts, recognizing this unstated and less than honorable truth, have, over the last several years, chipped away at the presumption of the enforceability of arbitration agreements, particularly with regard to consumers, employees and companies with little bargaining power in contract. 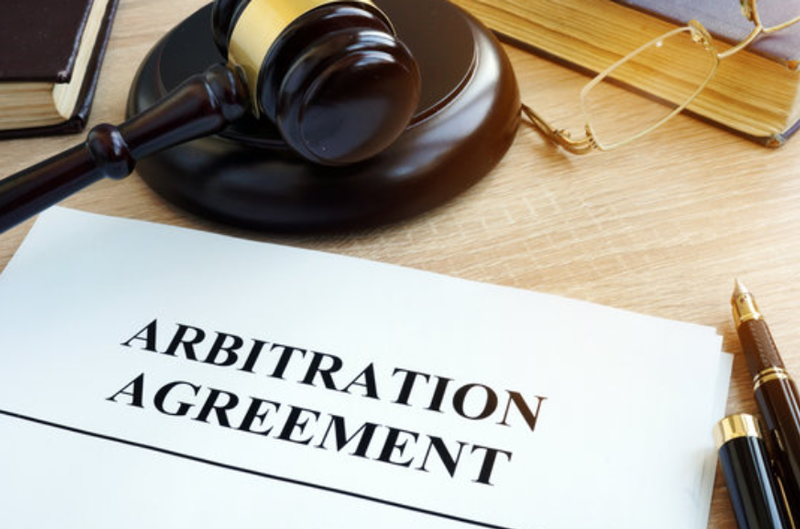 So, for example, an arbitration clause in a contract for an â€œextreme vacationâ€ that involved mountain climbing, was found to be unenforceable because it was presented on a â€œtake it or leave it basisâ€ to the traveler and limited the damages to a refund of the money paid for the trip. As a result, his survivors were allowed to proceed in court with their claims. (Lhotka v. Geographic Expeditions, Inc.)

In a case involving an employment dispute, the arbitration clause in an employment agreement was found to be unenforceable for several reasons. The first was that it was presented on a â€œtake it or leaveâ€ basis so that if the prospective employee refused to agree, he or she would not get the job. This is referred to as â€œprocedural unconscionabilityâ€ but, standing alone, it is not sufficient to void an arbitration clause. The clause in this case, though, was found to be unenforceable because it also included limitations on procedural protections (such as the right to discovery) and limitations on damages. This is known as â€œsubstantive unconscionabilityâ€. (Pokorny v. Quixtar, Inc.) The arbitration clause was voided and the plaintiffs were allowed to proceed in court.

The overarching message is that companies that impose arbitration clauses in their contracts that limit their exposure to liability will find them voided by courts. This is especially true when the other parties to the contracts are employees, customers, subcontractors or smaller companies or individuals with little bargaining power. (Mansour v. Superior Court; Dotson v. Amgen, Inc.; Suh v. Superior Court)

As we have written in these pages, agreements to arbitrate are seldom of any benefit to either party. But if you are a corporation that has been sold the bill of goods that they somehow give you an advantage in disputes, think again. In a trend that began in California and is spreading across the nation, such clauses are more and more often being voided by courts determined to strip away the advantage corporate executives have often been misadvised they receive in insisting on them. The result, ironically, has been increased costly litigation challenging the arbitration clauses themselves. So much for cost savings.

The United States Supreme Court has now defined a corporation’s â€œprincipal place of businessâ€ as that place where the company’s officers direct, control and coordinate the company’s activities; its â€œnerve centerâ€. This resolves disputes between the various federal circuits and standardizes the analysis. Federal courts have jurisdiction only over disputes arising under federal law or between parties who are citizens of different jurisdictions. If one party is in California and the other in Texas, diversity exists and a federal court will have jurisdiction. If one party is in California and the defendants include parties who also reside in California, diversity is lacking and the federal court does not have jurisdiction regardless of the fact that most of the defendants reside elsewhere. The Court’s decision is important for businesses that are sued in courts in states in which they have a minimal presence. It gives them access to federal courts often overcoming the hometown advantage many state courts provide. (Hertz Corp. v. Friend)

State and federal law prohibit certain activities in the collection of debts. The penalties can be very severe. An exception to the penalties imposed is made for â€œbona fide errorsâ€ made by a debt collector. The Supreme Court recently held that the â€œbona fide errorsâ€ defense extends only to mistakes of fact. A mistake in the interpretation of the law surrounding what debt collection practices are permitted cannot be a â€œbona fide errorâ€. This means that the very stiff penalties for improper practices will apply regardless of any error, however reasonable, in interpreting what the law allows. (Jerman v. Carlisle, McNellie, Rinl, Kramer & Ulrich)

Recent years have seen dozens of lawsuits challenging interpretations of retirement plans under the federal Employee Retirement Income Security Act (ERISA). Many courts, including the Ninth Circuit Court of Appeals, have allowed courts to substitute their interpretations of the meaning and effect of particular retirement plans for those of plan administrators. The United States Supreme Court has brought this debate and division among Circuits to an end by ruling that a plan administrator’s interpretation should be given wide deference. It held that when a plan gives the trustee â€œthe power to construe disputed or doubtful termsâ€¦the trustee’s interpretation will not be disturbed if reasonableâ€. This ruling should begin to bring to an end the extensive litigation that has been undertaken challenging plan interpretations that has cost companies’ millions of dollars in legal fees over the last twenty years. (Conkright v. Frommert)